FELIPE: Esteemed, thank you very much for wanting to participate. I confess a fan of the group
HOODED MENACE: Thank you. Glad to be doing this.

FELIPE: Could you make an introduction to the group: Band members and albums.
HOODED MENACE: Lasse - lead and rhythm guitar, bass, Pekka - drums, Teemu - rhythm guitar, and Harri - vocals. The full length albums released so far are: “Fulfill the Curse”, “Never Cross the Dead”, “Effigies of Evil”, and “Darkness Drips Forth”.

FELIPE: You have experienced several alignment changes. What are the reasons for this? Is it difficult to have a stable lineup? Did it affect your sound?
HOODED MENACE: Yes, having a steady line up can be difficult because pretty much everyone is playing in other bands. Throw work and families in the mix and eventually people just get too busy. We’re not a full time touring band though, so it’s not that hectic with us, but it takes its time for sure and you need to be devoted enough to make it work.
Yeah, when members go in and out it always affects the sound of the band a bit because everyone has their own playing style.

FELIPE: What influences you had to get to that sound so himself?
HOODED MENACE: Loads of influences, but I guess the most obvious for us are 80’s CANDLEMASS, early CATHEDRAL and old PARADISE LOST.

FELIPE: Are you aware of the global scene of Doom? What groups stand out? Are you aware of any American group, and more particularly a Chilean?
HOODED MENACE: Oh yeah sure, what comes to Doom and its sub-genres here’s some stuff I like (not listing the obvious older bands). In North-America they have CRYPT SERMON which I like very much. Then of course our split partners LOSS are excellent. Not so surprisingly, I’m digging the crushing Death/Doom of TEMPLE OF VOID. Portland’s SEMPITERNAL DUSK is cool too, as well as LYCUS from Oakland, and the debut album by PALLBEARER is a modern classic. Also I’m very keen to hear new stuff from ORODRUIN. Too bad that such great bands as ASUNDER, EALDATH and ANHEDONIST aren’t active anymore as they were some of the best, really.
From Chile I’m quite into THE FALLEN. More people should know about them. PROCESSION are one of the best Doom Metal bands around. Not sure if anyone of them is living in Chile anymore though. Then there’s stuff from Europe that I like such as UNCOFFINED and SOLOTHUS as well as one of the more interesting newer bands from Finland named ASPHODELUS. Of course I can’t forget to mention ANATOMIA and COFFINS from Japan.

FELIPE: What groups identified as a reference and influences each of the members? What musical groups are listening to the moment?
HOODED MENACE: Too many influences to list, but let’s mention DANZIG for Harri, MORBID ANGEL for Pekka, KISS for Teemu and IRON MAIDEN for myself.
Lately I’ve been jamming a lot of “Out of the Cellar” and “Invasion of Your Privacy” from RATT, early QUEENSRYCHE, pretty much everything by JUDAS PRIEST, OZZY (Randy and Jake -era only), crazy shred stuff like RACER X, and old YNGWIE J. MALMSTEEN albums, and sooo much VAN HALEN. Also been digging some jazz/rock fusion like GREG HOWE and SHAWN LANE. For some reason it’s been a lot of crazy guitar stuff for me lately.

FELIPE: With which or what you consider relevant groups have been able to share the stage or a tour? Why highlights that or those groups?
HOODED MENACE: Opening for CANDLEMASS in Italy, and for SAINT VITUS in Finland was a really big thing to us. You know, those are some legendary bands that we are big, longtime fans of. Especially CANDLEMASS is a huge influence to us, so it was kinda unbelievable to open up for them, and needless to say, we’re up to play with SAINT VITUS anytime. Such a great band.

FELIPE: Finland has a respectable number of international quality bands. Which one do you consider relevant? Why?
HOODED MENACE: Yes, loads of good bands here in Finland. The aforementioned ASPHODELUS is one of the more interesting newer acts. If you like early KATATONIA, you should check them out. I’d also like to mention HORSE LATITUDES, KRYPTS, and FORESEEN - all great bands doing their own thing, and doing it well.

FELIPE: Apart from music, what activities you develop? Do you study, work?
HOODED MENACE: Nothing special besides work I guess… I like to go jogging regularly. Harri is into weightlifting.

FELIPE: You are a known band in Europe and other parts of the world, but can you live on music? How do you reconcile the times of the band with the individual times?
HOODED MENACE: No, we’re not living off from music.
Usually promoters get in touch pretty early on, so scheduling gigs is not that hard plus, like I mentioned before, we are not a full time touring band anyway. We don’t practice nor write new stuff all the time.

FELIPE: How was the reception of your albums by specialized media and fans?
HOODED MENACE: For the most part the response has been great, really. We’ve been going on for 10 years now, and it looks like more and more people are getting into what we’re doing which is cool, of course.

FELIPE: Do you work on new compositions? Can you anticipate something?
HOODED MENACE: I’m not on a writing mode right now, but we just finished our new album which is due out early next year via Season of Mist. Jaime Gomez Arellano (CATHEDRAL, PARADISE LOST, GHOST) did the mixing and mastering, and it sounds great. But I’m afraid that’s all I can comment for now.

FELIPE: Your artwork and your lyrics are dark, damn and strongly related to death. What is your main influence? Is it a preset line or does it flows naturally?
HOODED MENACE: Most of the artwork is heavily inspired by the Blind Dead horror movie series. The 70’s Euro horror movies in general are a big influence what comes to the lyrics also, but there’s stuff all the way from the 60’s up to the late 80’s too that we’re inspired by. Besides horror movies, we’re fans of surrealist art and I think this influence is more clearly presented on the lyrics of our newer material. It’s a bit more poetic and “serious” style, I suppose. There’s a deeper element of gloominess in this stuff. I’m really liking the direction the lyrics took on “Darkness Drips Forth”.
I’d not say it’s easy to write decent lyrics - writing music is much easier, for me at least - but when you bury yourself in the process, something clicks eventually, and it feels like there’s a natural flow to it. Making the lyrics work seamlessly with the arrangements is the hardest part, I guess.

FELIPE: What do you think about music downloads from the internet? Does it affect you or your neighbors? Would they restrict them?
HOODED MENACE: Well, it’s good and bad, I guess. It’s bad for the record sales, but at the same time music is easily accessable, and the word gets around. The ones who really like it, might end up purchasing a physical copy, perhaps some merchandise as well, and go to see the band live.

FELIPE: What are your views of religion and the Church? Spirituality has always been an almost innate condition in man, but I mean the institutionalization of spirituality.
HOODED MENACE: Personally I think it’s foolish and weak, but if it gives you comfort and safety, then so be it.

FELIPE: We deeply appreciate the time, willingness and desire to want to participate in this space. Any news, music or news release, have open doors in this part of the world. This space is for personal reflection or a farewell. Thank you very much and goodbye.
HOODED MENACE: Like I said, the new album will be out early 2018 via Season of Mist. We’re getting back in the practice mode and will be announcing new live dates at some point among other exciting things. Keep yourself up-to-date by stalking us on Facebook at https://www.facebook.com/HoodedMenace. Thank you!

Chronovorus – “To Those Who Dwell in Ruin” 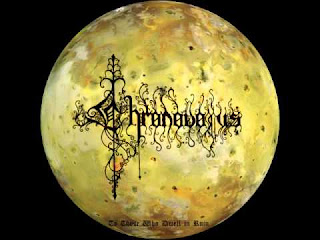 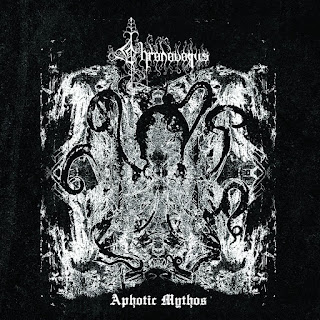 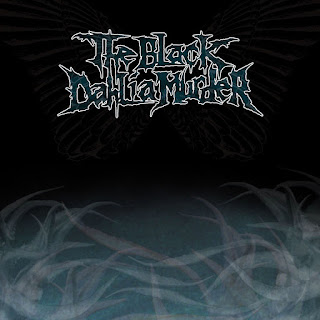 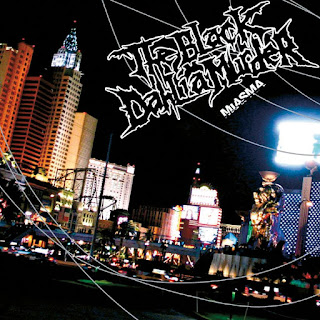 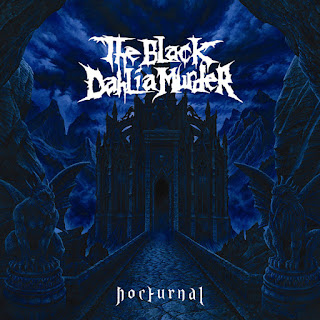 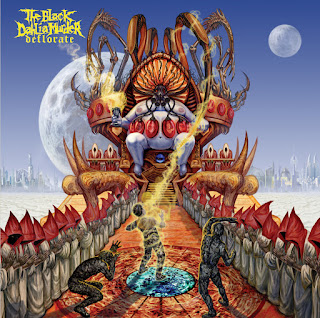 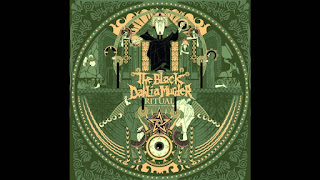 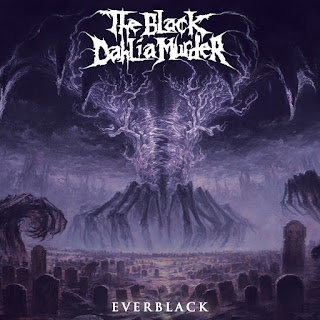 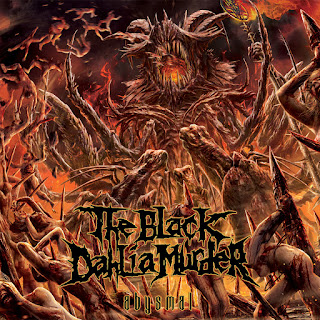 
I really don't know when the links were falling down. Tell me if you note when this happen. I will fixing this problem right away.

If there's any band who want to public their music in this blog, no problem at all, just tell me, and done. The parameters of this blog are obvious.
neurosissound@yahoo.es
@sovnsfromthesovth 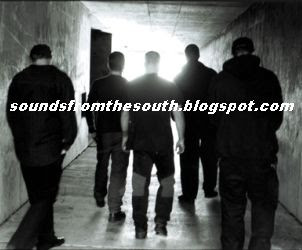 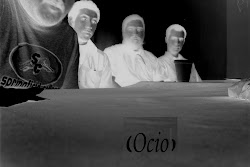 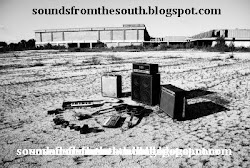